The demo version of the Null & Peta game was exhibited for the first time at the event and everyone enjoyed it. The Steam demo will be available on the official Null & Peta Steam page soon, so please look forward to it!
Today's blog will introduce the game's system, etc.

Null & Peta is an original fully-voiced 2D action game. While controlling Peta and communicating with Null, you'll be fighting against bugs that have invaded Earth via cyberspace. By collecting passwords in various “Key Pods” on each stage, the door will open and you'll make your way to the boss battles.
Furthermore, by discovering secrets throughout the game, you'll get to experience additional dialogue between Null and Peta and event CGs that can only be seen in the game. 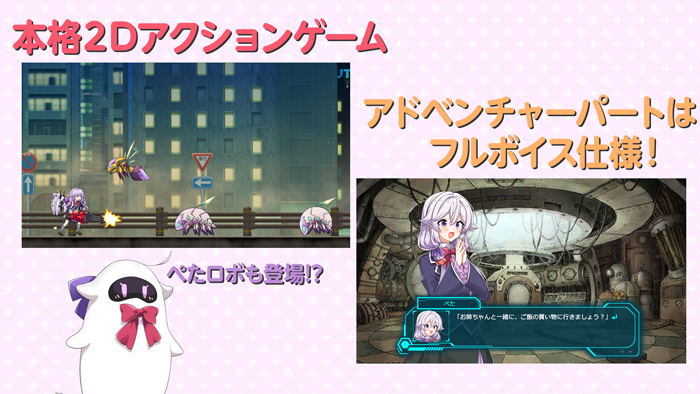 Peta, the one who'll be doing the battling, fights using 5 upgradable weapons. Furthermore, “Dark Fried Rice” as seen in the anime will also appear as an item. 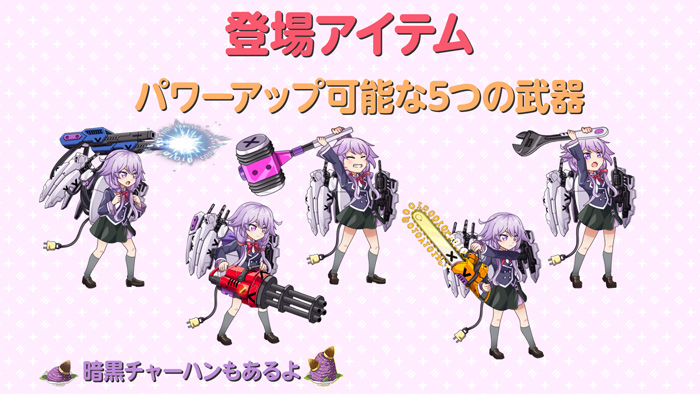